The International MicroNanoConference 2017 was held at the Beurs van Berlage in the very heart of Amsterdam. From Tuesday 12th Dec. to Wednesday 13th Dec. Nanobay participated in the ROCKET booth, presenting some of the projecs and collaborations we are involved in.

ROCKET is the acronym for RegiOnal Collaboration on Key Enabling Technologies. It is a cross-border regional founding program for collaborations between dutch and german companies. One of the major projects under the ROCKET program is dedicated to antibacterial materials based on ceramics. Nanobay's headquater is located in the border region and partnered up with the dutch company Smart Material Printing to work on this issue. They developed a antibaterial ceramic-based material that allows for a broad range of common plastics to be treaded. Nanobay's provided access to the market and connected additional partners.

On the IMNC 17 the different collaboration projects under the ROCKET umbrella were presented by their respective teams. Nanobay and Smart Material Printing presented a new 3D-printing material that has antibacterial properties while beeing 100% biodegradable. The base material was developed by JSC Technology and Smart Material Printing added its new antibacterial formula to it. The material is based on POMs (Polyoxymetalates) which contain major hollow cage structures, surrounded by oxidative centers. Such a cage structure can catch and fixate batcteria in a first step, and performes massive oxidative stress on it in a second step, destroying the bacteria's structures and thereby killing it. POMs can form silica-like networks and can be applied as a 1 µm thick coating on most conventional plastics. Alternatively, they can be brought into the plastic and can withstand standard processes such as injection molding. 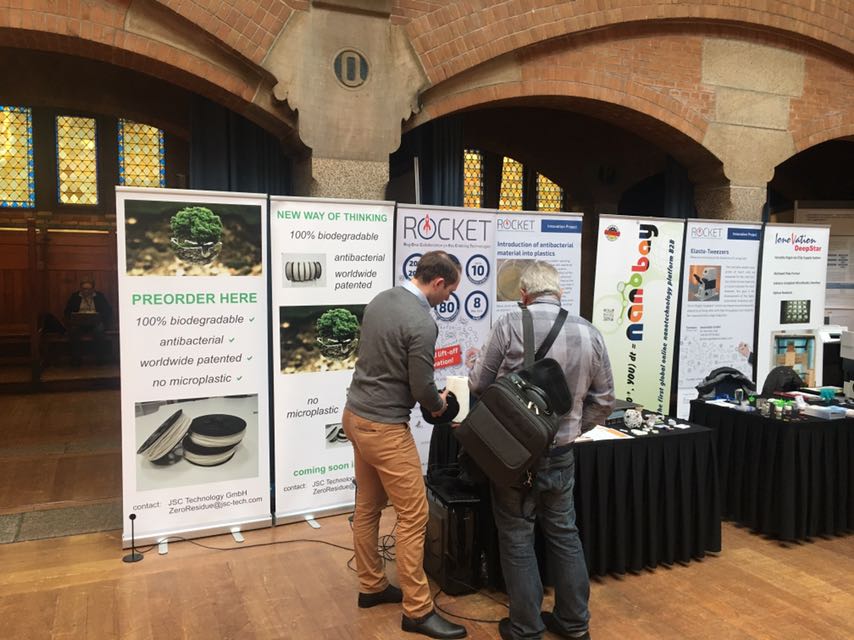 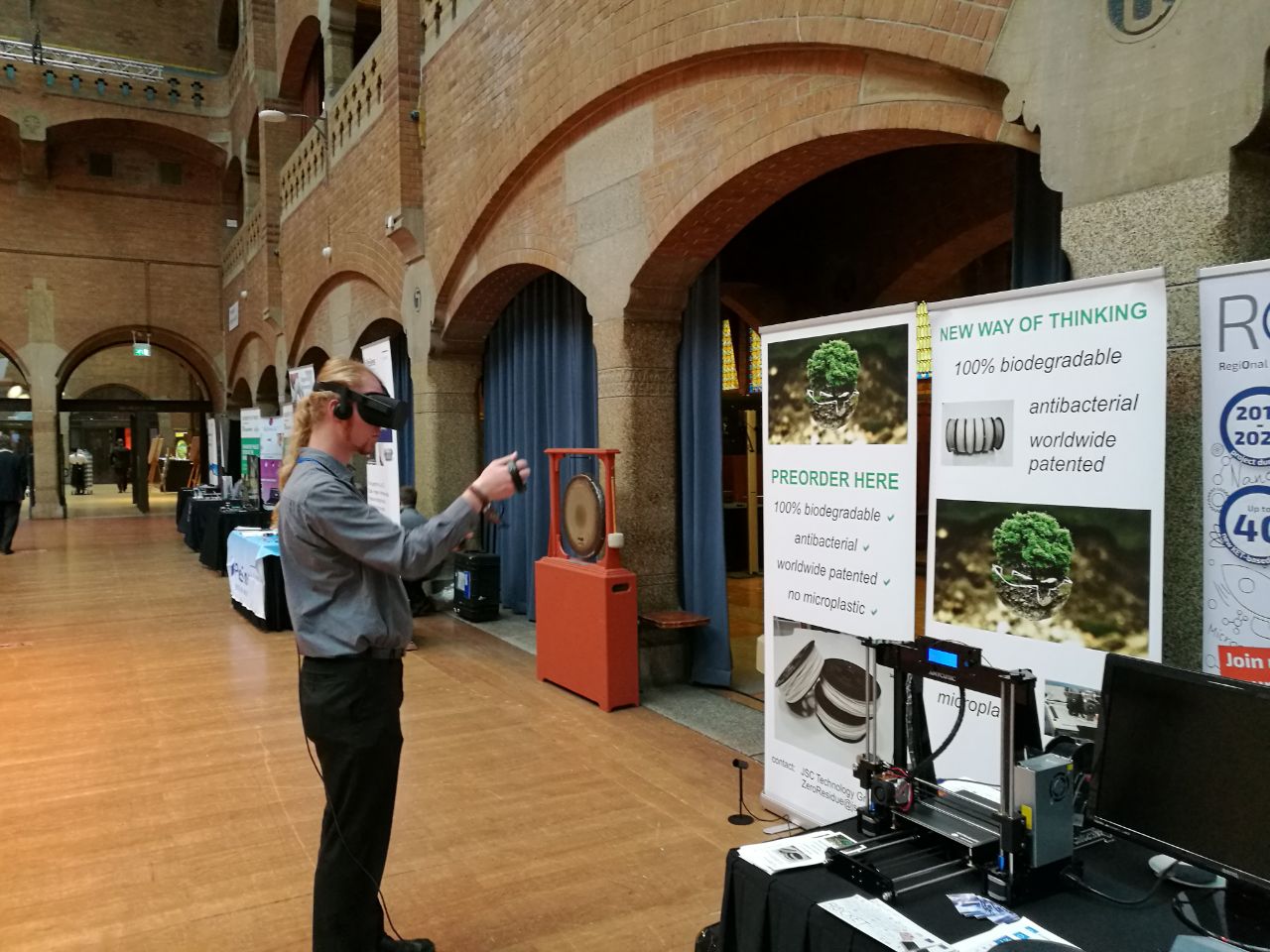 Designing in a 3D virtual reality
3D-Printing technology is capable to produce complex 3-dimentional struces.
But to design these structurse, conventional tools are often unsuitable. Instead, modern VR-Technology can be used, where the designer is surrounded by a virtual 3D-model of the structure, being able to zoom in and out, to move fast to a certain area of interest and modifying it easily.