Ideally, homeowners want to be warned if a burglar sneaks onto their property, and farmers want to know if horses or sheep are no longer in the paddock or field they were left grazing in. Experimental physicists at Saarland University have developed a flexible security solution that can be used in gardens, driveways, business premises, or on grazing land and in woodland. The sensor cable system that Professor Uwe Hartmann and his team have developed issues a warning signal indicating if and where someone has attempted to cross over the cable. The cable itself can be fixed to long stretches of fencing, hung in trees or even buried underground.

It monitors the Earth’s magnetic field and reliably issues a warning message to, say, a smartphone whenever it registers a change in the field strength.

The research team is looking for commercial and industrial partners with whom they can develop their system into a market-ready product. The sensor cable will be showcased at HANNOVER MESSE from April 25th to April 29th, where the team will be exhibiting at the Saarland Research and Innovation Stand (Hall 2, Stand B 46).

It is perhaps stating the obvious to say that burglars prefer to take the hidden, more concealed route. Rather than working on a busy street, where they are likely to receive more attention than they care for, a deft leap over the garden fence will often give them access to the back terrace door or window where they have more time to work undisturbed on gaining entry to the property. Detecting this type of covert access is now possible thanks to a thin cable that physicists at Saarland University originally developed to secure long stretches of airport perimeter fencing. ‘The cable contains a linear array of highly sensitive magnetic-field sensors that are capable of detecting even the smallest of changes in the ambient magnetic field, at distances of up to several metres from the cable,’ explains Professor Uwe Hartmann. These changes can result from vibrations in a chain-link fence when somebody tries to scale it, or they can be caused by the zipper on the intruder’s jacket. If the cable has been buried in the ground of a driveway and the intruder passes over the buried cable, the sensors register the deviation from the previous magnetic field values and signal patterns and transmit this change to the central controller.

The tiny sensors are networked and communicate even the smallest of disturbances to the analyser unit that is contained in a microcontroller. The signal arriving from the sensors is processed and automatically checked to filter out any false alarms, such as those triggered by wind affecting the position of the fence. ‘The signal patterns depend on the nature of the disturbance to the magnetic field. The work we have carried out so far lets us distinguish many different kinds of vibrations and changes to the magnetic field and to identify whether the signal was caused by a human, the wind, a car or an animal,’ explains Hartmann. The sensor cable system can therefore be used to check whether farm animals are still grazing the pasture or the family dog is still in the back garden – all that is needed is for the animals to have a small piece of metal attached to their collars.

The research team uses mathematical models to carry out simulations of typical magnetic field disturbances on test fences. The results are then used to program the central analyser unit, essentially teaching it to identify and automatically attribute the signals received to specific types of disturbance, which enables the system to filter out false alarms. ‘Our aim is to further refine the sensor technology,’ explains physicist Haibin Gao, a member of Hartmann’s research team. If the system registers a critical situation, it sends a message via a Bluetooth connection to a smart phone or tablet. ‘The system identifies the exact location of the disturbance, which is a very useful feature when dealing with large plots of land,’ says Gao.

As the sensor cable does not need a lot of power, it could be driven by solar generators. ‘Fences and, say, gateways could be secured using just a single system, with the cable installed above ground in the one case and below ground and the other. The cable can also be split up into different sections, making installation simpler and more flexible,’ says Uwe Hartman. The contactless sensors are essentially wear-free and measurements are independent of weather conditions. Rain or fog do not affect the system. ‘The measurements are also unproblematic from the point of view of privacy and data security, as no information is stored. The system doesn’t violate the privacy of neighbours and it doesn’t provide a target for hackers,’ explains Professor Hartmann. The sensor system can also be connected to cameras or lighting that are activated whenever a disturbance is detected.

‘If these sensor cables are going to be used in the private sector, a low-cost method of manufacture will need to be found. At HANNOVER MESSE we are looking for partners with whom we can develop the system into a marketable product,’ says Hartmann. Several of the sensor systems that his group has developed are already being deployed in traffic management systems, such as those in airports.

Students Thomas Karwoth (l.) and Alex Wiederhold (r.), members of the research group headed by Uwe Hartmann (centre), are seen here building a model that will be used to demonstrate their technology.
Credit: Oliver Dietze 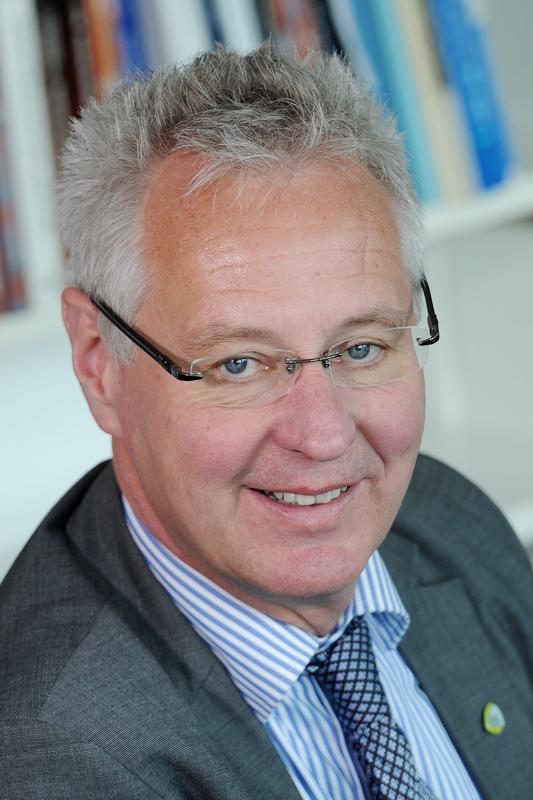 The Saarland Research and Innovation Stand is organized by Saarland University’s Contact Centre for Technology Transfer (KWT). KWT is the central point of contact for companies interested in exploring opportunities for cooperation and collaboration with researchers at Saarland University. http://www.uni-saarland.de/kwt

Note for radio journalists: Studio-quality telephone interviews can be conducted with researchers at Saarland University using broadcast audio IP codec technology (IP direct dial or via the ARD node 106813020001). Interview requests should be addressed to the university’s Press and Public Relations Office (+49 (0)681 302-3610).