The Ministry of the Economy and the Ministry of Finance of the Grand Duchy of Luxembourg and OCSiAl, a manufacturer of advanced materials, have signed a Memorandum of Understanding to collaborate on the construction of a production facility for single wall carbon nanotubes with an annual capacity up to 250 tonnes and a centre for applied nanotechnology. The first stage of the facility is scheduled for launch in 2020. This manufacturing and R&D complex will become the world’s largest centre for the synthesis and industrial application of single wall carbon nanotubes, which are one of the most promising new materials.

5 July 2017 (Luxembourg, Grand Duchy of Luxembourg) – The Ministry of the Economy of the Grand Duchy of Luxembourg and OCSiAl, the world’s largest manufacturer of single wall carbon nanotubes, have agreed to collaborate with regard to the construction of a nanotube production facility that will have an annual capacity of 250 tonnes. OCSiAl’s investment will total about 80 to 100 million EUR and the project is expected to generate up to 200 highly qualified jobs in R&D, manufacturing, sales and marketing, maintenance and support services.

The Luxembourg government intends to grant OCSiAl a surface right on industrial land for the construction of the synthesis facility and an R&D centre for the development of nanotube industrial applications. Indeed, OCSiAl has already chosen a plot of land in Differdange proposed by the Luxembourg Ministry of the Economy, as the site where this ambitious project will be realised. “Our choice for the location of the world’s largest facility was determined by the fact that Luxembourg is a highly industry-friendly environment and it is known for its strong commitment to assisting the development of the most innovative technologies. As OCSiAl’s corporate headquarters has been based in Luxembourg, the company is well aware of the high working standards and fast processing speeds when collaborating with both national government and municipality administrations. This kind of approach accelerates the development of new technologies”, said Konstantin Notman, CEO OCSiAl Europe.

Etienne Schneider, the Deputy Prime Minister and Minister of the Economy, said “The implementation of the new OCSiAl production and R&D facilities in Luxembourg confirms that the Grand Duchy is a destination of choice for investment by international hi-tech companies and for R&D activities. This project is in line with our economic diversification policy, which focuses on the sector of innovative materials and on research-intensive activities, and I am confident that the new OCSiAl operations in Luxembourg will be a great opportunity to further enhance the recognition of our composite materials competence centre.”

So far, OCSiAl is the only company that is allowed to produce and commercialise single wall carbon nanotubes in industrial volumes in Europe. In September 2016, its core product, TUBALL single wall carbon nanotubes, became the first in that category to be registered under the EU’s Registration, Evaluation, Authorisation and Restriction of Chemicals (REACH) regulations, thus taking the lead in raising the transparency of nanotube management worldwide and boosting their application in a wide range of industries.

OCSiAl shares the commitment of the Grand Duchy of Luxembourg to developing innovative technologies and new materials of the future. The company is thus delighted to announce that The Future of Materials Summit: a New Age for Manufacturing, organised by The Economist Events and supported by OCSiAl, will be held in Luxembourg on 13–14 November 2017. The Summit will bring together leading manufacturers, scientists, technologists and policymakers for a discussion intended to illuminate the role of novel materials in the manufacturing industries of the future. 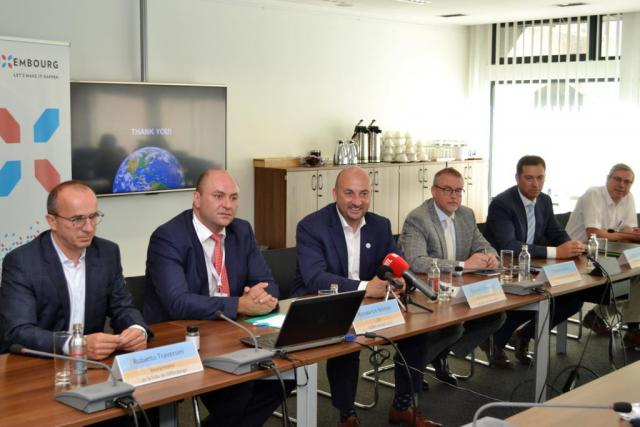 OCSiAl is a hi-tech company producing, on an industrial scale, TUBALL™ single wall carbon nanotubes – an advanced additive that improves the properties of base materials. The dominance of nanotubes is related to their exceptional properties, such as superior conductivity to weight ratio and high temperature resistance, strength and length to diameter ratio (>2500). The company holds 90% of the world’s single wall carbon nanotube market, with a current production capacity of 10 tonnes that is scheduled to reach 160 tonnes in 2020 along with the launch of new synthesis facilities. OCSiAl partners with hi-tech manufacturers and chemical companies throughout the world, including LANXESS and BÜFA in Europe, DUKSAN and Grace Continental in Korea, Union Chemical and Haiyi in China and Kusumoto in Japan. Headquartered in Luxembourg, it has footprints in the USA, Russia, Korea, China, Hong Kong and India. ocsial.com 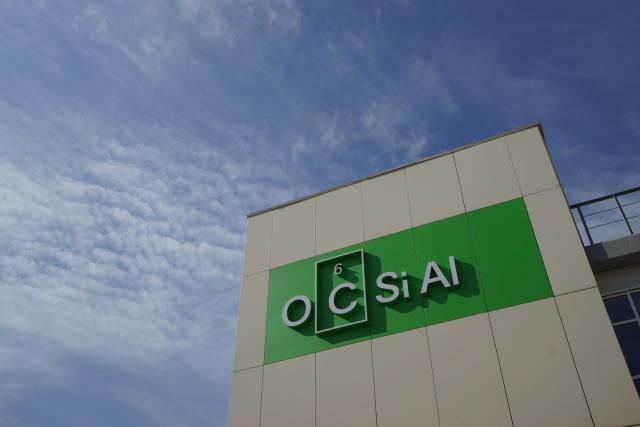 ANASTASIA ZIRKA
For media inquiries:
This email address is being protected from spambots. You need JavaScript enabled to view it., +7 913 989 9239