Tiny microbots that can clean up water

Researchers from the Max Planck Institute Stuttgart have developed self-propelled tiny ‘microbots’ that can remove lead or organic pollution from contaminated water.

Working with colleagues in Barcelona and Singapore, Samuel Sánchez’s group used graphene oxide to make their microscale motors, which are able to adsorb lead from industrial wastewater from a level of 1000 part per billion to down to below 50 parts per billion in just an hour. The lead can later be removed for recycling, and the micromotors can be used over and over again.

“The outer shell of the microbot, which is graphene, captures the lead,” says Samuel, group leader at the Max Planck Institute for Intelligent Systems in Stuttgart and the Institute for Bioengineering of Catalonia (IBEC) in Barcelona. “The inner layer of platinum works as the engine, decomposing hydrogen peroxide as fuel so that the bot can self-propel.” When hydrogen peroxide is added to the wastewater, the platinum decomposes it into harmless water and oxygen bubbles, which are ejected from the back of the microbot to propel it forward. “It’s important to use a system of pollutant removal that doesn’t produce any additional contamination," explains Samuel.

Between the graphene oxide and platinum layers is a layer of nickel that allows researchers to control the movement and direction of the microbot magnetically from outside. “A magnetic field can be used to collect them all from the water when they’ve finished,” says Samuel. “In the future, our microbot's swarm could be controlled by an automated system that magnetically guides them to carry out various tasks.”

Heavy metal contamination in water – by lead, arsenic, mercury and other metals – stems from industrial activities and poses a serious risk to public health and wildlife. These new microbots – each one smaller than the width of a human hair – offer a solution that is potentially faster and cheaper than current methods of water cleaning, as well as being environmentally friendly: they enable the gathered pollutants to be dealt with responsibly by relinquishing the lead afterwards for recycling, as well as being reusable themselves.

Beyond the capture of heavy metal contamination, the researchers studied self-propelled microbots that are capable of degrading organic pollutants. The microbots can be recovered and reused for multiple times for up to 5 weeks without any decrease in their organic degradation performance.

"We now plan to develop our microbots to be able to collect other contaminants, as well as reducing the cost of making them and being able to mass-produce them," says Samuel, who also works on self-propelling micro- and nanorobots for applications in areas such as drug delivery. 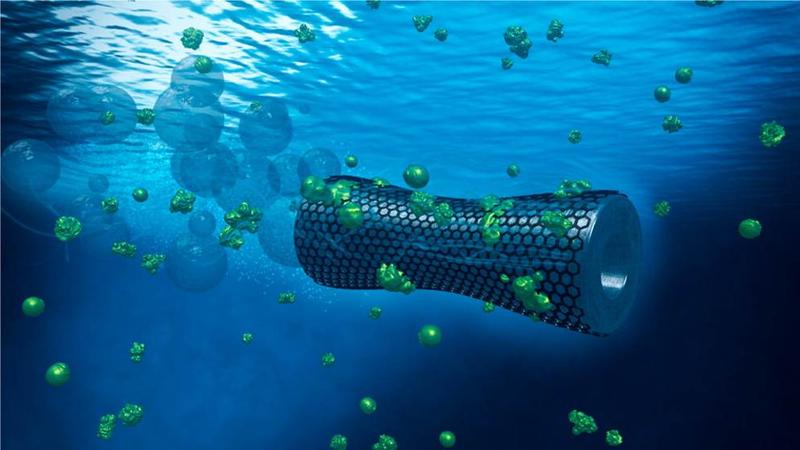