Till 1980 only three forms of carbon were known, namely diamond, graphite, and amorphous carbon. Nowadays a whole family of other forms of carbon is known. The hollow, cage like buckminsterfullerene molecule – also known as the buckyball, or the C60 fullerene, was the first to be discovered. These days there are much more forms of fullerenes, and also a widespread family of linear molecules, carbon nanotubes known. 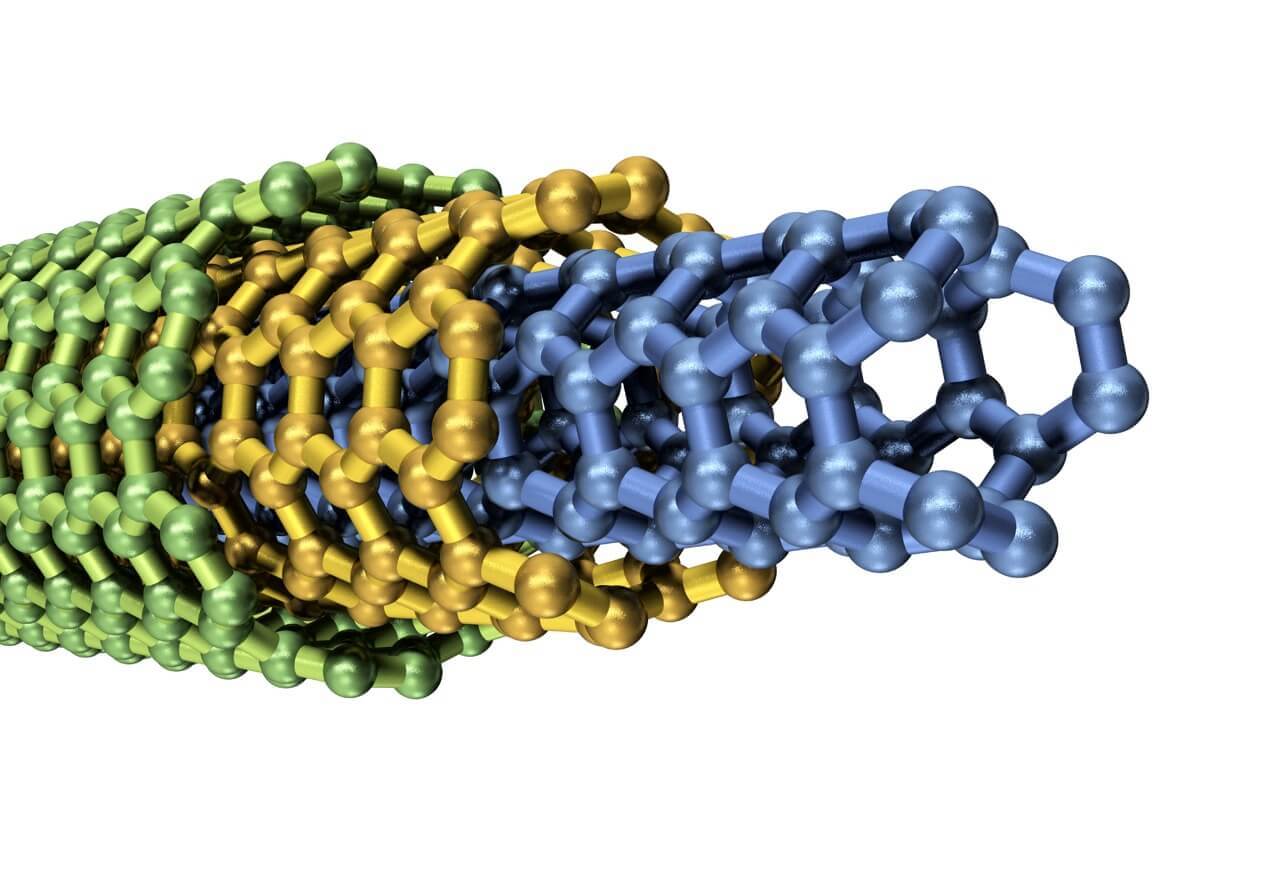 Carbon nanotubes are related to graphite. The molecular structure of graphite resembles a stacked planar network of interconnected hexagonal rings of carbon atoms. Graphite can act as a lubricant due to the carbon sheets stacked on top of one another sliding over each other. When these sheets are rolled into a cylinder and their edges fused, they form CNTs.
CNTs can be produced in a variety of diameters, lengths, and functional groups. Today they are available in bulk quantities for several industrial applications. On Nanobay several CNT manufactures that have 100 ton per year production for single- and multi-walled nanotubes can be found. A single-wall nanotube consists of a one-atom thick graphite tube and the multi-walled is buildup of a number of concentric tubes. CNTs are available in three different types, because the graphite sheets can be rolled in different ways; these types are Zigzag, Armchair, and Chiral. During transmission force microscopy it is possible to recognize the CNTs due to their cross-sectional structure.
Multi walled nanotubes can be produced in a more complex array of forms, because each concentric tube layer can have a different structure. The type of the structure and the diameter of the nanotubes influence their properties like density, lattice structure and their electrical and thermal conductivity. Wide nanotubes behave like graphite as narrow tubes behavior depends upon its specific type.