Antibodies are indispensable in biological research and medical diagnostics. However, their production is time-consuming, expensive, and requires the use of many animals. Scientists at the Max Planck Institute (MPI) for Biophysical Chemistry in Göttingen, Germany, have now developed so-called secondary nanobodies that can replace the most-used antibodies and may drastically reduce the number of animals in antibody production. This is possible because the secondary nanobodies can be produced in large scale by bacteria. Moreover, the secondary nanobodies outperform their traditional antibody counterparts in key cell-biological applications.

As a central part of our immune system, antibodies protect us humans and other vertebrates against pathogens. They are, however, also essential tools in medical diagnostics, therapy, and basic research – for example in fluorescence microscopy. When researchers want to study a certain protein within a cell, they can mark it selectively with antibodies directed against this protein. Once these so-called primary antibodies have bound their target, secondary antibodies are applied. These bind the primary antibodies, carry fluorescent dyes that light up under the microscope, and thus make the protein of interest visible. 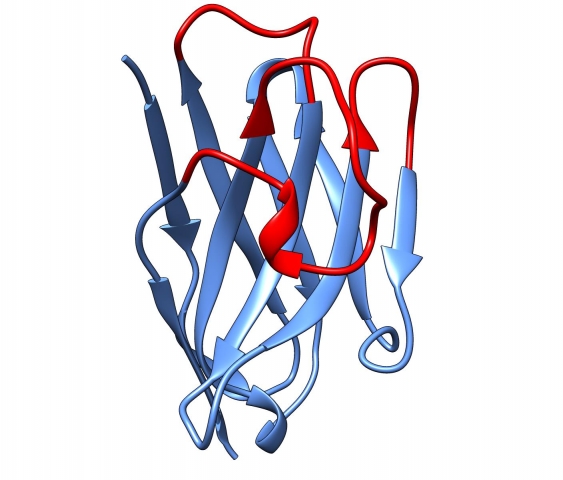 The great variety of primary antibodies is traditionally produced in small mammals such as rabbits and mice: First, the animals are immunized with the purified protein – this is comparable to vaccinating humans. As a result, the animals’ immune system forms antibodies against the protein. The antibodies are finally collected from the blood of the animals, and processed. As antibodies are used by thousands of labs worldwide and because most of their applications rely on secondary antibodies, the latter are in enormous demand. Therefore, the production of secondary antibodies necessitates not only many, but also large animals such as donkeys, goats, or sheep. This poses an ethical problem.

Secondary nanobodies can be produced in bacteria

Researchers at the MPI for Biophysical Chemistry in Göttingen now present a sustainable alternative that can replace secondary antibodies directed against primary ones from mice or rabbits. It relies on so-called nanobodies and may drastically reduce the number of animals used for antibody production. Nanobodies are fragments of special antibodies from camels and related species such as alpacas. “We have developed secondary nanobodies that not only perform very well, but also, they can be produced microbiologically at any scale – just like beer in a fermenter,” explains Dirk Görlich, Director at the MPI for Biophysical Chemistry and head of the project. 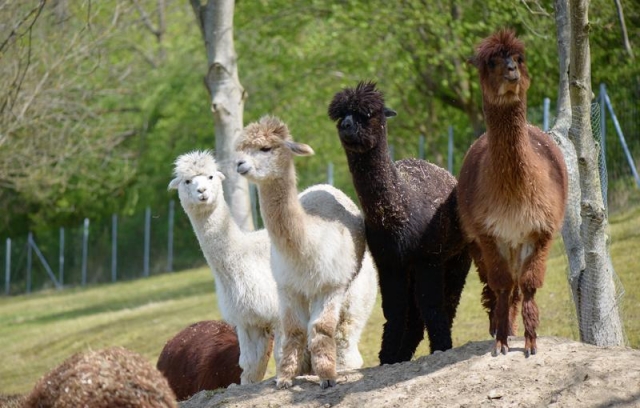 The researchers retrieved the nanobody construction plans from a small blood sample of two Alpacas and used them to program bacteria to produce the nanobodies without further animal involvement. Irene-Böttcher-Gajewski / MPI for Biophysical Chemistry

“Secondary antibodies have to meet extremely stringent quality requirements and must detect only primary antibodies of a single species and no structures in the analyzed cells or medical samples. Thus, the problem was to obtain construction plans for truly perfect secondary nanobodies. We started with a vast number of variants that we extracted from a small amount of blood from two immunized alpacas. By so-called phage display, we then fished out the best variants and eventually used them to program bacteria for nanobody production,” elucidates Tino Pleiner, first author of the work now published in the Journal of Cell Biology.

Nanobodies were first described in 1993 by a Belgian pioneering group of scientists. Since then, researchers try to take advantage of them for their work in the lab. However, replacing secondary antibodies with nanobodies turned out to be not trivial at all. One reason is the nanobodies’ size: They are ten times smaller than normal antibodies. Therefore, they offer much less space for coupling fluorescent molecules and thus appear far dimmer in the microscope than conventional antibodies.

“Indeed, our first experiments with secondary nanobodies were rather disappointing and produced only dark and noisy images. However, we did not give up, and immunized the two alpacas again to stimulate their immune system to improve the initial nanobodies. Further evolution in the test tube, a special coupling strategy for the fluorescent dyes, and combining two or more compatible nanobodies did the rest,” Görlich tells about initial difficulties. By now, the nanobodies at least match conventional antibodies in terms of signal strength.

Nanobodies have clear advantages over secondary antibodies. “Super-resolution fluorescence microscopy, for example, can optically resolve cellular structures in the range of a few nanometers. However, such images get blurred when primary and secondary antibodies are used that each measure 15 nanometers already. Using nanobodies with a size of just 3 nanometers indeed improves resolution,” Pleiner says.

“We have tested the secondary nanobodies in other applications besides microscopy, and the results are very promising,” Görlich emphasizes. Especially the new route of production in bacteria facilitates their modification and fusion to other reporter proteins, for instance enzymes. “We expect that in many applications our nanobodies will replace conventional secondary antibodies from donkeys, goats, or sheep.”