In Search of Ultraphosphates in Living Organisms

Volkswagen Foundation grants researchers at the Universities of Freiburg and Lausanne a total of 100,000 euros in funding. The chemist Prof. Dr. Henning Jessen from the University of Freiburg’s Institute of Organic Chemistry and Prof. Dr. Andreas Mayer from the University of Lausanne’s Department of Biochemistry are conducting a joint research project to study whether ultraphosphates are present in living organisms. The various forms of phosphates are essential for all life functions, but the group of ultraphosphates has not yet been detected in living organisms. As these compounds are supposedly unstable and break down rapidly, the scientists suspect that they may have been overlooked so far.

“If we managed to detect ultraphosphates in living organisms, it would fundamentally change the scientific understanding of metabolic processes,” says Jessen. The two researchers have secured a total of 100,000 euros in funding for their project, which is set to run for one and a half years. Their proposal was one of 18 out of a total of 544 to be selected in the fourth round of the Volkswagen Foundation’s “Experiment!” funding initiative. 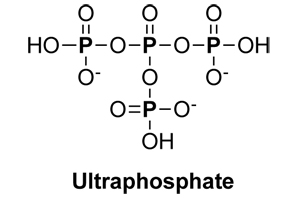 The researchers have already succeeded in producing an ultraphosphate that survived in water for one day. “This result indicates that it might be possible to find and isolate such compounds in living organisms,” Jessen stresses. Yeast is a suitable model organism for this purpose, because its genome has been completely sequenced and its phosphate metabolism is easy to influence. In addition, there are known phosphate-rich substructures in yeasts. Mayer has already succeeded in isolating these organelles for biochemical studies. Moreover, the team wants to include algae and the mobile single-celled trypansomes in the studies. By combining such model organisms with the synthetic compounds, the scientists hope to develop an analytic method intended especially for detecting ultraphosphates.

The funding initiative “Experiment!” is addressed at researchers in science and engineering, as well as in life sciences like behavioral biology and experimental psychology, who are interested in pursuing a radical new research idea. Grantees receive the opportunity to produce preliminary evidence to underline the potential of their concept. The foundation does not regard concepts that produce unexpected or negative results as a failure but as an acceptable outcome of the project.

Contact:
Prof. Dr. Henning Jessen
Institute of Organic Chemistry
University of Freiburg
Phone: +49 (0)761/203-6073
E-Mail: This email address is being protected from spambots. You need JavaScript enabled to view it.

Discuss this article
Log in to comment
Posts in discussion: In Search of Ultraphosphates in Living Organisms