To transfer genes exclusively into the patient’s therapy relevant cells is in the focus of current research approaches in gene therapy. Researchers of the Paul-Ehrlich-Institut have succeeded in modifying envelope proteins of Nipah virus (NiV) and to combine them with lentiviruses in such a way that they can now be used for a highly selective and efficient gene transfer to selected cells. Another advantage of these new vectors is that they can be produced at higher yields, which is required for clinical applications. PLOS Pathogens reports on these research results in its online edition of 09.06.2016.

Modified virus particles targeted to specific surface receptors are developed as tools for selective gene transfer. To make them clinically usable and safe and effective in their application, these so-called “vectors” must on the one hand be produced in sufficient quantities and, on the other hand, not be deactivated by the patient’s immune response. Besides, it must be assured for at least some therapeutic approaches that the genes to be transferred enter only those cells which are relevant for the therapeutic approach.

Extensive research is performed on lentiviruses for their therapeutic use. These viruses belong to the family of retroviruses and can mediate long-term expression and integration of therapeutic genes into the cellular genome. Lentiviral vectors can also transfer genes into resting cells. Thus, they have a potentially broad spectrum of application in gene therapy. Lentiviral vectors which have been used previously in clinical applications are usually pseudotyped (combined) with the envelope protein of the vesicular stomatitis virus (VSV). Although the latter guarantees high stability and production yields of the vector particles, it mediates an entirely non-selective gene transfer to almost all cells of the body. In the past, the envelope proteins of the measles virus could be biotechnologically modified in such a way that they mediated gene transfer only in those cells which carry those particular surface proteins to which they were targeted. These vectors are functional in principle, however, they are also marked by relevant disadvantages. These include insufficient production yields or only very short-term efficacy due to the patient’s immune response based on measles vaccination.

To bypass or eliminate these disadvantages while making use of the high selectivity that can be created for measles virus envelope proteins, Professor Christian J. Buchholz, head of the research group "Molecular Biotechnology and Gene Therapy" of the president of the Paul-Ehrlich-Institut and his research group for the first time modified envelope proteins that originated from the Nipah virus. The virus was characterised in 1999 after it has caused an outbreak of infectious encephalitis. Since there are no vaccination programmes against the virus, no neutralising antibodies are expected in the patients. At the same time, no hazards can be expected from the virus itself, since only its envelope proteins are used in a modified form.

For “receptor targeting”, Buchholz and co-workers developed 27 different variants of envelope proteins of the Nipah virus and addressed eight different cell surface proteins. Gene transfer assays were performed to test whether the respective lentiviral vectors would be able to enter into target receptor-positive cell types, and, if so, how efficiently they were able to do so.

The researchers established that cell entry worked best if the distance of the particles from the cell membrane was less than 100 Å. If this distance was longer, cell entry and thus gene delivery became inefficient or not functional at all. As the researchers interpret these results, the contact between the envelope proteins and the receptor will lead to a defined distance between the viral membrane and the cell membrane, which results in successful cell entry.

The newly developed lentiviral vectors with Nipah envelope proteins lead to higher productivity than previous vectors. This is of key significance with regard to clinical applications.

Non-replicating lentiviral vector particles equipped with these artificially generated Nipah virus glycoproteins showed a 10- to 600-fold more efficient gene transfer activity than corresponding vectors with measles virus glycoproteins. At the same time they showed high selectivity for those cells which had the targeted receptor on their surface. “With the modified Nipah virus envelope proteins, we can direct gene transfer with lentiviral vectors to the desired target cells at high efficiency”, explained Professor Buchholz. 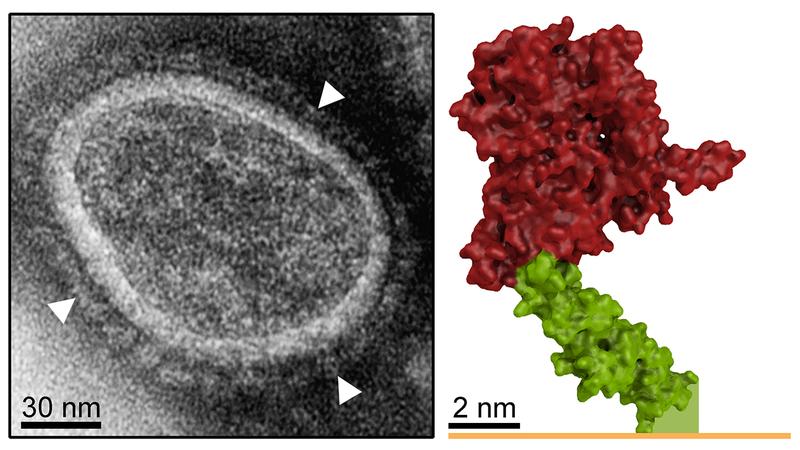 The Paul-Ehrlich-Institut, the Federal Institute for Vaccines and Biomedicines, in Langen near Frankfurt/Main is a senior federal authority reporting to the Federal Ministry of Health (Bundesministerium für Gesundheit, BMG). It is responsible for the research, assessment, and marketing authorisation of biomedicines for human use and immunological veterinary medicinal products. Its remit also includes the authorisation of clinical trials and pharmacovigilance, i.e. recording and evaluation of potential adverse effects.

Other duties of the institute include official batch control, scientific advice and inspections. In-house experimental research in the field of biomedicines and life science form an indispensable basis for the manifold tasks performed at the institute.