Software for the simulation of electronic and optoelectronic semiconductor nanodevices (Schrödinger-Poisson-Current solver), University price on nanobay.com: 2.300 EUR per year and per research group 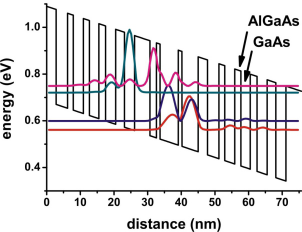 Add to Watchlist
Added by Nextnano GmbH
Question to vendor

Location
Location or origin place of the product.

There are yet no reviews for this product.
Featured Products
SmartPor