FRANKFURT. Two ERC Advanced Investigator Grants of the European Research Council to the amount of € 2.5 million each are going to researchers at Goethe University Frankfurt. Biochemist and physician Professor Ivan Dikic and microbiologist Professor Volker Müller are very honoured that their pioneering research projects have been selected for this substantial financial support.

Volker Müller is one of the leading microbiologists worldwide in the field of microbial metabolism of microbes that grow in the absence of oxygen. His project centres on the production of biofuels with the help of bacteria that can use carbon dioxide as feedstock.

Such fuels would have the advantage of making us independent of fossil fuels and reducing greenhouse gas emissions. For many years, Professor Müller’s research group at the Institute of Molecular Biosciences of Goethe University Frankfurt has been investigating a specific group of bacteria that convert carbon dioxide (CO2) and hydrogen (H2) or carbon monoxide (CO) to acetic acid in a fermentation process. The bacteria require neither light nor oxygen to do so.

What are known as acetogenic bacteria are already used on an industrial scale for exhaust gas fermentation American company LanzaTech. The aim here is primarily to render the exhaust gas harmless. Müller is already coordinating a pan-European consortium targeted at the optimization of gas fermentation. In the research project funded by the ERC, Müller wants now to further utilize the potential of Acetobacterium woodii. The bacterium can also process methanol or formic acid - both are cheap raw materials for biotechnology applications. Müller and his research group want to solve and then alter the metabolic pathways. The goal is to genetically modify acetogenic bacteria in such a way that they can produce environmentally friendly fuels and base chemicals on a large scale from various source materials.

It is the second time already that Ivan Dikic, who was born in Croatia, has been awarded an ERC Advanced Investigator Grant. He is one of the international pioneers in the area of ubiquitin research. Ubiquitin regulates many cellular processes; amongst others it controls the degradation of superfluous or harmful proteins and the repair of defective DNA, transmits signals within the cell and triggers cell death if damage cannot be controlled any more. In addition, ubiquitin has been recognized as being very important for fighting bacterial infections. 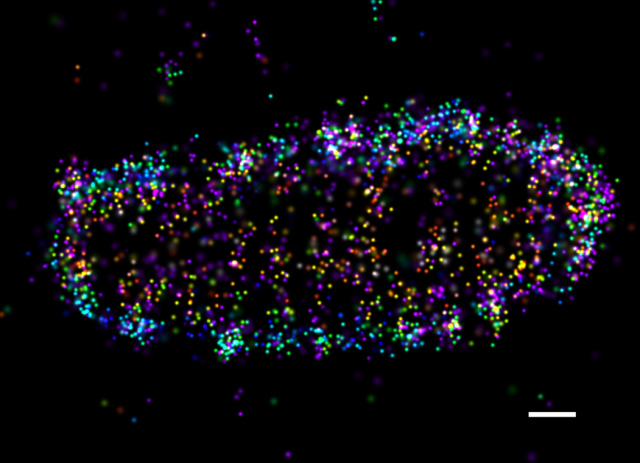 In his new ERC project, Dikic is investigating how bacteria manipulate the ubiquitin system of their host organism to their own advantage. In the focus are infections with Salmonella, Shigella and Legionella. Dikic’s research group at the Institute of Biochemistry II is e.g. searching for new signaling pathways which are activated by bacterial enzymes. They are employing high-resolution microscopy methods and cutting-edge mass spectrometry that allows the quantitative assessment of all cellular proteins and their ubiquitin modifications. By this approach, the cell biologists want to elucidate how various bacterial enzymes influence the severity and course of an infection and why serious secondary tissue damage sometimes occurs despite successful treatment with antibiotics. Such damage cannot only be caused by bacterial toxins, but also by signalling substances secreted by the host’s own immune cells following an infection. This secondary damage can be life-threatening.

In a second step, the researchers in Dikic’s group want to search for substances that actively interfere with this process and in particular limit tissue damage. To this purpose, Dikic is working together with partners in the pharmaceutical sector. The ultimate goal is to fully understand the role of the ubiquitin system in bacterial infections and to seize the newly obtained knowledge for developing new strategies for combating infectious diseases.