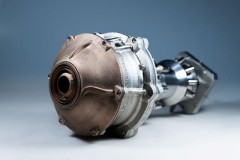 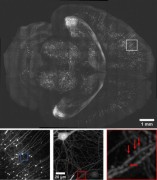 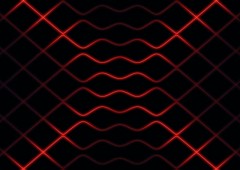 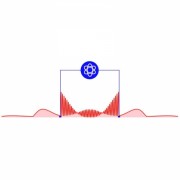 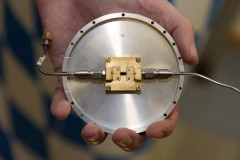 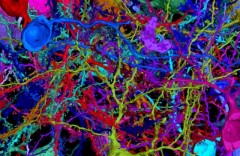 Energy Flow in the Nano Range

It is crucial for photovoltaics and other technical applications, how efficiently energy spreads in a small volume. With new methods, the path of energy in the nanometer range can now be followed precisely. Plants and bacteria lead the way: They can capture the energy of sunlight with light-harvesting antennas and transfer it to a reaction centre. Transporting energy efficiently and in a targeted fashion in a minimum of space – this is also of interest to mankind. If scientists were to master it perfectly, they could significantly improve photovoltaics and optoelectronics.

Always on Beat: Ultrashort Flashes of Light Under Optical Control 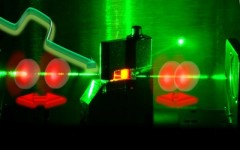 Ultrashort laser pulses have enabled scientists and physicians to carry out high-precision material analyses and medical procedures. Physicists from the University of Bayreuth and the University of Göttingen have now discovered a new method for adjusting the extremely short time intervals between laser flashes with exceptional speed and precision. The intervals can be increased or decreased as needed, all at the push of a button. Potential applications range from laser spectroscopy to microscopy and materials processing. The researchers have now presented their latest findings in the journal Nature Photonics.

Scientists at the Center for Advancing Electronics Dresden (cfaed) at TU Dresden have succeeded in synthesizing sheet-like 2D polymers by a bottom-up process for the first time. A novel synthetic reaction route was developed for this purpose. The 2D polymers consist of only a few single atomic layers and, due to their very special properties, are a promising material for use in electronic components and systems of a new generation. The research result is a collaborative work of several groups at TU Dresden and Ulm University and was published this week in two related articles in the scientific journals "Nature Chemistry" and "Nature Communications".

Wire Laser Material Deposition – a Smart Way to Save Costs 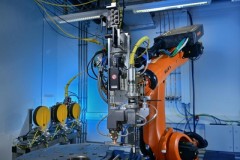 Within a BMBF-funded project, the Fraunhofer Institute for Laser Technology ILT is tackling the issue of 3D printing large components economically by using a new process called Hybrid AM that combines conventional manufacturing with additive processes. An important step forward in this process development is a new wire LMD head and its modular components which the Aachen-based experts will be presenting for the first time at formnext from November 19 to 22, 2019 in Frankfurt am Main.

How to Design Efficient Materials for OLED Displays 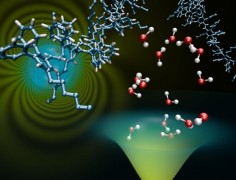 For applications such as light-emitting diodes or solar cells, organic materials are nowadays in the focus of research. These organic molecules could be a promising alternative to currently used semiconductors such as silicon or germanium and are used in OLED displays. A major problem is that in many organic semiconductors the flow of electricity is hampered by microscopic defects. Scientists around Dr. Gert-Jan Wetzelaer and Dr. Denis Andrienko of the Max-Planck-Institute for Polymer Research have now investigated how organic semiconductors can be designed such that the electric conduction is not influenced by these defects.

New Method for the Measurement of Nano-Structured Light Fields

Physicists and chemists at the University of Münster (Germany) have jointly succeeded in developing a so-called nano-tomographic technique which is able to detect the typically invisible properties of nano-structured fields in the focus of a lens. Such a method may help to establish nano-structured light landscapes as a tool for material machining, optical tweezers, or high-resolution imaging. The study was published in "Nature Communications".

The Best of Two Worlds: Magnetism and Weyl Semimetals 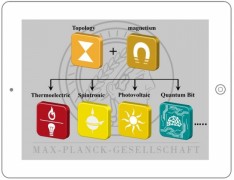 Imagine a world in which electricity could flow through the grid without any losses or where all the data in the world could be stored in the cloud without the need for power stations. This seems unimaginable but a path towards such a dream has opened with the discovery of a new family of materials with magical properties. These materials – magnetic Weyl semi-metals – are innately quantum but bridge the two worlds of topology and spintronics. Topological materials exhibit strange properties including super-fast electrons that travel without any energy loss.