A Sensor System Learns to "Hear": Reliable Detection of Failures in Machines and Systems 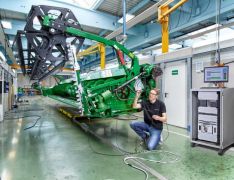 Researchers of the Fraunhofer Institute for Nondestructive Testing IZFP in Saarbrücken have developed a sensor system that can detect failures or imperfections in systems and machines quickly and reliably by means of an acoustic noise assessment similar to human hearing. The "hearing" sensor system AcoustiX has already been successfully deployed by John Deere, the American global market leader in the fields of agricultural engineering, to inspect the cutting units of combine harvesters. In the event that large-scale machines or plants are already in operation, defects or defectively assembled components may result in malfunction of machines and thus in production shutdown and economic loss. 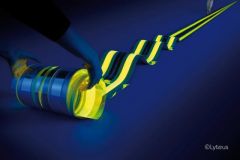 Working within the framework of Lyteus, Holst Centre and Fraunhofer FEP step into the spotlight with the creation of the world’s longest single-device OLED. At a stunning 15 meters in length it opens the door to ‘endless OLEDs’ that manufacturers and designers can then easily tailor to their own needs. Lyteus brings together leaders in OLED technology from across Europe to create a pilot production line and product development services for OLED products. Working together, Holst Centre and Fraunhofer FEP successfully demonstrated the possibility for continuous production of OLEDs of any length. This both reduces the cost of production and enables “cut-to-fit” lighting for applications such as transportation, architecture and interior design.

Highly innovative and highly international: The COMPAMED 2018 has again proven its position as the world's leading marketplace for medical technology processes and components. This year again around 20,000 trade visitors visited Halls 8a and 8b in search of smart high-tech components and ultra-precise manufacturing processes. The COMPAMED, which took place in Düsseldorf, Germany, co-located to the MEDICA medical technology trade fair from November 12-15, proved to be more international than ever before: this was true for the entire fair, which brought together exhibitors from 40 nations, as well as for the largest joint booth on-site, the Product Market by the IVAM Microtechnology Network: On more than 700 m², international exhibitors from 10 nations presented innovative products and services. 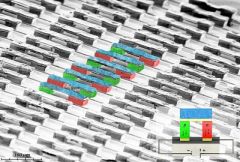 Scientists at Leibniz Institute for Solid State and Materials Research Dresden (IFW) have significantly improved the processing of thermoelectric devices so that they become quicker, more reliably and suitable for integration in microchips. This represents a decisive step towards the broad application of thermoelectric components in micro technology. Thermoelectric materials can convert heat into electricity or, vice versa, can be used as environmentally friendly cooling elements. In many processes in everyday life and in industry, energy losses occur in form of waste heat, which can be converted by thermoelectric generators into electrical energy. This also provides an additional power source in these systems.

Being able to control electronic systems using light waves instead of voltage signals is the dream of physicists all over the world. The advantage is that electromagnetic light waves oscillate at petaherz frequency. This means that computers in the future could operate at speeds a million times faster than those of today. Scientists at Friedrich-Alexander-Universität Erlangen-Nürnberg (FAU) have now come one step closer to achieving this goal as they have succeeded in using ultra-short laser impulses to precisely control electrons in graphene.

Environment Turns Molecule into a Switch

For the first time, physicists from the University of Würzburg have successfully positioned an organic molecule on a substrate realizing two stable configurations. This may have application potential in molecular spintronics. It looks like a cross with four arms of equal length that have a central atom at their intersection. All atoms are arranged in one plane so that the molecule is absolutely planar – at least in the normal state.

Molecules that Self-assemble into Monolayers for Efficient Perovskite Solar Cells 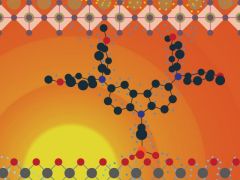 A team at the HZB has discovered a new method for producing efficient contact layers in perovskite solar cells. It is based on molecules that organise themselves into a monolayer. The study was published in Advanced Energy Materials and appeared on the front cover of the journal. In recent years, solar cells based on metal halide perovskites have achieved an exceptional increase in efficiency. These materials promise cost-effective and flexible solar cells, and can be combined with conventional PV materials such as silicon to form particularly efficient tandem solar cells. 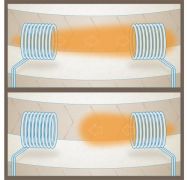 Innsbruck quantum physicists have constructed a diode for magnetic fields and then tested it in the laboratory. The device, developed by the research groups led by the theorist Oriol Romero-Isart and the experimental physicist Gerhard Kirchmair, could open up a number of new applications. Electric diodes are essential electronic components that conduct electricity in one direction but prevent conduction in the opposite one. They are found at the core of any electronic component, being one of the most essential building blocks.

Research Project AutoAdd: Paving the Way for Additive Manufacturing for the Automotive Industry 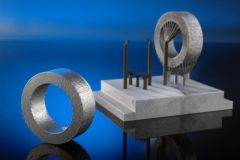 Five companies and two research institutes were involved in one of the most exciting technical issues in production. Coordinated by Daimler AG and within the framework of the BMBF funding initiative “Photonic Process Chains”, these project partners examined the “Integration of Additive Manufacturing Processes in Automobile Series Production – AutoAdd”. They focused on the metallic, additive manufacturing process developed at the Fraunhofer Institute for Laser Technology ILT in Aachen, Germany: Laser Powder Bed Fusion (LPBF), also known as Selective Laser Melting (SLM).

Nonstop Tranport of Cargo in Nanomachines 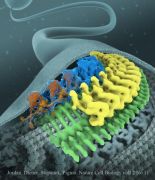 Moving around, sensing the extracellular environment, and signaling to other cells are important for a cell to function properly. Responsible for those tasks are cilia, antenna-like structures protruding from most vertebrate cells. Whenever cilia fail to assemble correctly, their malfunctions can cause numerous human diseases. The assembly and maintenance of cilia requires a bidirectional transport machinery known as Intraflagellar Transport (IFT), which moves in train-like structures along the microtubular skeleton of the cilium.

An antibiotic called thanatin attacks the way the outer membrane of Gram-negative bacteria is built. Researchers at the University of Zurich have now found out that this happens through a previously unknown mechanism. Thanatin, produced naturally by the spined soldier bug, can therefore be used to develop new classes of antibiotics. 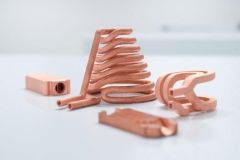 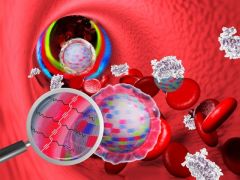 A team of scientists from the Helmholtz-Zentrum Dresden-Rossendorf (HZDR), in collaboration with the Monash University Australia, has succeeded in significantly increasing the stability and biocompatibility of special light-transducing nanoparticles. The team has developed so-called “upconverting” nanoparticles that not only convert infrared light into UV-visible light, but also are water-soluble, remain stable in complex body fluids such as blood serum, and can be used to store medications. They have created a tool that could potentially make the fight against cancer significantly more effective. The results were published in the journal "Angewandte Chemie" (DOI: 10.1002/anie.201811003).

Like the Earthworm: New Breathing Material Lubricates Itself When Needed

Earthworms are always clean, even if they come from moist, sticky soil. They owe this to a dirt-repellent, lubricating layer, which forms itself again and again on its skin. Researchers at INM have now artificially recreated this system of nature: They developed a material with a surface structure that provides itself with lubricant whenever pressure is applied. Because the lubricated material reduces friction and prevents the growth of microbes, scientists can envision numerous applications in industry and biomedicine.

A Burst of ”Synchronous” Light 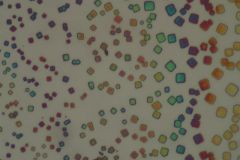 Excited photo-emitters can cooperate and radiate simultaneously, a phenomenon called superfluorescence. Researchers from Empa and ETH Zurich, together with colleagues from IBM Research Zurich, have recently been able to create this effect with long-range ordered nanocrystal superlattices. This discovery could enable future developments in LED lighting, quantum sensing, quantum communication and future quantum computing. The study has just been published in the renowned journal "Nature".

Nanorobots Propel Through the Eye

Scientists developed specially coated nanometer-sized vehicles that can be actively moved through dense tissue like the vitreous of the eye. So far, the transport of nano-vehicles has only been demonstrated in model systems or biological fluids, but not in real tissue. The work was published in the journal Science Advances and constitutes one step further towards nanorobots becoming minimally-invasive tools for precisely delivering medicine to where it is needed.