Silicon as a Semiconductor: Silicon Carbide Would Be Much More Efficient

In power electronics, semiconductors are based on the element silicon – but the energy efficiency of silicon carbide would be much higher. Physicists of the University of Basel, the Paul Scherrer Institute and ABB explain what exactly is preventing the use of this combination of silicon and carbon in the scientific journal Applied Physics Letters.

Nanodiamonds in the Brain

The recording of images of the human brain and its therapy in neurodegenerative diseases is still a major challenge in current medical research. The so-called blood-brain barrier, a kind of filter system of the body between the blood system and the central nervous system, constrains the supply of drugs or contrast media that would allow therapy and image acquisition. Scientists at the Max Planck Institute for Polymer Research (MPI-P) have now produced tiny diamonds, so-called "nanodiamonds", which could serve as a platform for both the therapy and diagnosis of brain diseases. 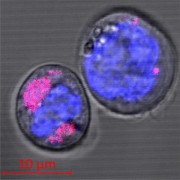 Carbon nanoparticles are a promising tool for biomedical applications, for example for targeted transportation of biologically active compounds into cells. A team of researchers from the Physics, Medicine and Chemistry departments at Heinrich Heine University Düsseldorf (HHU) has now examined whether these particles are potentially dangerous for the organism and how cells cope with them once they have been incorporated. The findings of the interdisciplinary study have just been published in the journal Scientific Reports.

Physics That Gets Under Your Skin 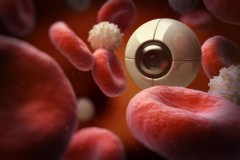 Due to modern advances in medicine ever smaller objects are moved through the human body: nanotherapeutics, micro-implants, mini-catheters and tiny medical instruments. The next generation of minimally invasive microsurgery will enable small micro robots to move with their own drive through the body and through the tissue to transport substances and micro-objects. Therefore, new methods must be developed to locate these micro-objects precisely and to monitor their movement. Conventional methods such as ultrasound, X-ray or magnetic resonance imaging (MRI) fail either due to insufficient resolution or due to long-term damage from radioactivity or high magnetic fields. 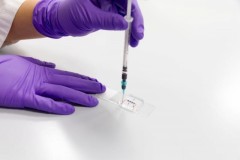 Impact statement: New technology that recreates some of the complexity of the human retina may help scientists study eye disease and screen for drug side effects that harm the eye. The development of a retina-on-a-chip, which combines living human cells with an artificial tissue-like system, has been described today in the open-access journal eLife. This cutting-edge tool may provide a useful alternative to existing models for studying eye disease and allow scientists to test the effects of drugs on the retina more efficiently.

IST Austria scientists determine the first structure of a cell’s rotary engine using state-of-art microscopy. Cells rely on protein complexes known as ATP synthases or ATPases for their energy needs – adenosine triphosphate (ATP) molecules power most of the processes sustaining life. Structural biologist Professor Leonid Sazanov and his research group from the Institute of Science and Technology Austria (IST Austria) in Klosterneuburg, Austria have now determined the first atomic structure of the representative of the V/A-ATPase family, filling in the gap in the evolutionary tree of these essential molecular machines. These results obtained using the latest cryo-electron microscopy methods revealed a turbine or water mill similar structure of the enzyme and have now been published in the journal Science. 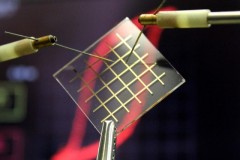 New Approach in the Fight Against Viruses 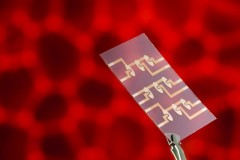 In the ViroSens project, researchers from the Fraunhofer-Gesellschaft in Sulzbach and Regensburg are working together with industrial partners on a novel analytical method to make the potency testing of vaccines more efficient and cost-effective. The method combines electrochemical sensor technology and biotechnology and, for the first time, enables a completely automated analysis of the infection status of test cells.

Quantum Light Sources Pave the Way for Optical Circuits: Light in the Nanoworld 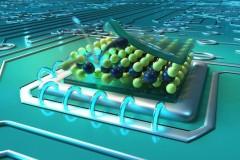 An international team headed up by Alexander Holleitner and Jonathan Finley, physicists at the Technical University of Munich (TUM), has succeeded in placing light sources in atomically thin material layers with an accuracy of just a few nanometers. The new method allows for a multitude of applications in quantum technologies, from quantum sensors and transistors in smartphones through to new encryption technologies for data transmission.

In a stunning discovery, molecular biologists from the University of Konstanz and ETH Zurich have been able to demonstrate that the nascent polypeptide-associated complex (NAC) senses newly synthesized proteins upon birth inside the ribosomal tunnel. New research published in Molecular Cell on 31 July 2019 conducted by researchers from the University of Konstanz’s Collaborative Research Centre 969 “Chemical and Biological Principles of Cellular Proteostasis” shows that the nascent polypeptide-associated complex (NAC) acts as a major protein identifying and, possibly, sorting device inside the cell. 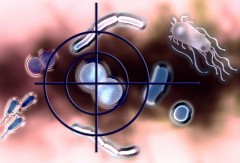 Chemists from Konstanz develop selective agents to combat infectious diseases – based on the structures of natural products. With multi-resistant germs becoming more and more of a threat, we are in need of new antibiotics now more than ever. Unfortunately, antibiotics cannot distinguish between pathogens and beneficial microbes. They can destroy the delicate balance of the microbiome – resulting in permanent damages. The research team around chemist Dr Thomas Böttcher has now made a significant step towards solving these problems. 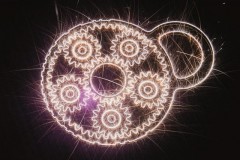 North Rhine-Westphalia has launched the NRW Leitmarkt project AddSteel, which is aimed at digitalizing the steel industry. Coordinated by SMS group GmbH, a plant engineering company based in Mönchengladbach, this project will develop new function-adapted steel materials for additive manufacturing. One of the project’s key areas of focus is the qualification of the developed materials for laser powder bed fusion (LPBF), a metallic 3D printing process, at the Fraunhofer Institute for Laser Technology ILT in Aachen. One of the AddSteel project team’s first successes was the development of the first case-hardening and heat-treatable steel powders designed specifically for LPBF applications. 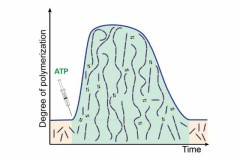 Programmable structural dynamics successful for first time in self-organizing fiber structures.
Cells assemble dynamically: their components are continuously exchanging and being replaced. This enables the structures to adapt easily to different situations, and by rearranging the components to respond to stimuli faster, to renew or to form just on demand. The microtubules, a scaffold structure made of protein fibers that can be found in the cytoplasm of the cells of algae, plants, fungi, animals and humans, are one such dynamic mesh. Because of their self-organizing structure, these fibers constantly form and degrade at the same time, thereby actively supporting the cell in complex tasks such as cell division or locomotion. The fibers require energy to form and maintain such dynamic states. 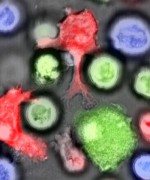 Acute myeloid leukemia stem cells elude the body’s immune cells by deactivating a danger detector. The underlying mechanisms and the potential new therapeutic approaches that this gives rise to have been detailed in the journal Nature by researchers from the University of Basel and University Hospital Basel in collaboration with colleagues in Germany.

For Bacteria, the Neighbors Co-determine Which Cell Dies First: The Physiology of Survival 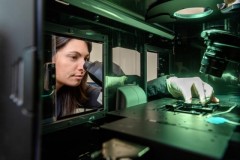 Bacteria do not simply perish in hunger phases fortuitously; rather, the surrounding cells have a say as well. A research team from the Technical University of Munich (TUM) has now discovered that two factors, above all, decide over life and death: the energy required to continue living and the efficiency with which surviving cells can recycle biomass from dead cells.

Wireless Microengine Made from a Twisted Fibre 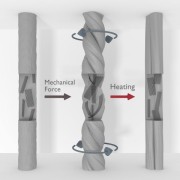 A highly efficient, micro-sized motor-cum-energy storage system has been presented by researchers from the Helmholtz-Zentrum Geesthacht (HZG) and the University of Bordeaux in the journal ‘Science’. The ‘microengine’ is made from polymeric micro-fibres, which are stiff at room temperature. When heated, the fibres become elastic and can be twisted – like a model aeroplane powered by a rubber band. Unlike the elastic band, however, when the fibres are cooled, they remain twisted until the microengine is re-heated. The energy stored when the fibres were twisted is released, the movable end begins to turn and the ‘microfiber motor’ can propel objects.