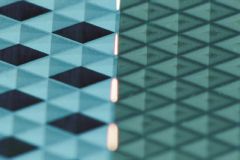 Details
Written by Institute of Science and Technology Austria
Category
Published: 07 May 2019 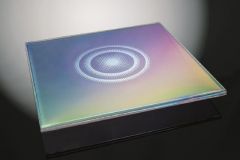 Battery Research at Graz University of Technology: New Breakthroughs in Research on Super-batteries

Researchers at Graz University of Technology (TU Graz) in Austria have discovered a means of suppressing singlet oxygen formation in lithium-oxygen batteries in order to extend their useful lives. Since 2012, Stefan Freunberger of the Institute for Chemistry and Technology of Materials at TU Graz has been working on development of a new generation of batteries with enhanced performance and longer useful lives, and which are also cheaper to produce than current models. He believes that lithium-oxygen batteries have significant potential. In 2017, in the course of his work, Freunberger uncovered parallels between cell ageing in living organisms and in batteries. In both cases, highly reactive singlet oxygen is responsible for the ageing process.

Simple and Fast Method for Radiolabelling Antibodies against Breast Cancer 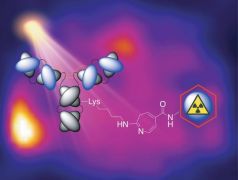 Radioactive antibodies that target cancer cells are used for medical diagnostics with PET imaging or for targeted radioimmunotherapy. Researchers from the University of Zurich have created a new method for radiolabelling antibodies using UV light. In less than 15 minutes, the proteins are ready-to-use for cancer imaging or therapy. Radioactive antibodies are used in nuclear medicine as imaging agents for positron emission tomography (PET) – an imaging technique that improves cancer diagnosis and monitoring of chemotherapy. Radioactive drugs can also be designed to kill tumors by delivering a radioactive payload specifically to the cancer cells. This treatment is called targeted radioimmunotherapy. 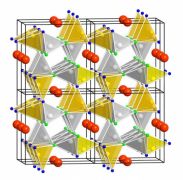 The human eye is particularly sensitive to green, but less sensitive to blue and red. Chemists led by Hubert Huppertz at the University of Innsbruck have now developed a new red phosphor whose light is well perceived by the eye. This increases the light yield of white LEDs by around one sixth, which can significantly improve the energy efficiency of lighting systems. 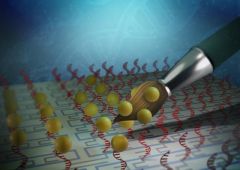 Personal drug delivery or nano-robotic systems could be a key concept for future medical applications. In this context, scientists around David Ng (Department of Prof. Tanja Weil) of the Max Planck Institute for Polymer Research (MPI-P) have recently developed a technology to customize the shapes of polymers and polymeric nanoparticles using DNA. In both 2D and 3D, precise patterns of structures composed of biocompatible polymer materials can be easily designed and constructed on a template.

Microscopy in the Body

Biotechnologists, physicists, and medical researchers at Friedrich-Alexander-Universität Erlangen-Nürnberg (FAU) have developed technology for microscopic imaging in living organisms. A miniaturised multi-photon microscope, which could be used in an endoscope in future, excites the body’s own molecules to illuminate and enables cells and tissue structures to be imaged without the use of synthetic contrast agents. The findings have now been published in the renowned journal ‘Advanced Science’.

Lensless microscopy with X-rays, or coherent diffractive imaging, is a promising approach. It allows researchers to analyse complex three-dimensional structures, which frequently exist in nature, from a dynamic perspective. Whilst two-dimensional images can already be generated quickly and in an efficient manner, creating 3D images still presents a challenge. Generally, three-dimensional images of an object are computed from hundreds of individual images. This takes a significant amount of time, as well as large amounts of data and high radiation values. 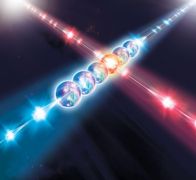 A localization phenomenon boosts the accuracy of solving quantum many-body problems with quantum computers which are otherwise challenging for conventional computers. This brings such digital quantum simulation within reach on quantum devices available today.
Quantum computers promise to solve certain computational problems exponentially faster than any classical machine. “A particularly promising application is the solution of quantum many-body problems utilizing the concept of digital quantum simulation”, says Markus Heyl from Max Planck Institute for the Physics of Complex in Dresden, Germany. “Such simulations could have a major impact on quantum chemistry, materials science and fundamental physics.” 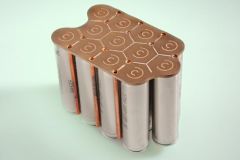 No e-mobility without laser technology: this is one of the claims of LASER World of PHOTONICS 2019. In keeping with the theme of this year’s fair, the Fraunhofer Institute for Laser Technology ILT will be using Laser-Based Tape-Automated Bonding (LaserTAB) to demonstrate how even the most diverse battery cells and power electronics can be combined reliably using robot-assisted laser micro welding. At the Fraunhofer joint booth 431, hall A2, visitors can admire the electric racing car "eace05" of the Ecurie Aix - Formula Student Team, RWTH Aachen. An excellent example for the use of laser technology in electromobility, containing laser-welded batteries as well as laser-cut CFK-components.

A protein complex within the cell has been found to play a key role in preventing the toxicity of proteins which build up amyloid plaques and can lead to neurodegenerative disorders such as Alzheimer’s and Huntington’s disease. Researchers from the Universities of Konstanz (Germany), Leeds (UK) and Stanford (USA) have discovered that the nascent polypeptide-associated complex (NAC) helps to prevent the aggregation of proteins associated with several neurodegenerative diseases.