Thanks to intensive research in the past three decades, organic light-emitting diodes (OLEDs) have been steadily conquering the electronics market - from OLED mobile phone displays to roll-out television screens, the list of applications is long.
Current OLED research focuses in particular on improving the performance of white OLEDs for lighting elements such as ceiling or car interior lighting. These components are subject to much stricter requirements in terms of stability, angular emission and power efficiency. 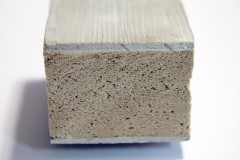 In a joint project with the Technische Universität Braunschweig, researchers from the Fraunhofer WKI have developed an innovative building element for the construction industry: a sandwich element with a wood-foam core and a thin cover layer of textile-reinforced concrete. It can be used, for example, as a lightweight curtain-wall element or in interior fittings. The high-performance wood foam requires no artificial binding agents and can be produced from regionally available wood residues. Through the utilization of wood foam instead of conventional foam based on petrochemicals, the proportion of particularly sustainable construction materials in buildings can be increased.

Puzzling on a Quantum Chessboard

Physicists at the University of Innsbruck are proposing a new model that could demonstrate the supremacy of quantum computers over classical supercomputers in solving optimization problems. In a recent paper, they demonstrate that just a few quantum particles would be sufficient to solve the mathematically difficult N-queens problem in chess even for large chess boards. 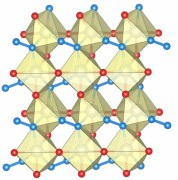 An international research group led by scientists from the University of Bayreuth has produced a previously unknown material: Rhenium nitride pernitride. Thanks to combining properties that were previously considered incompatible, it looks set to become highly attractive for technological applications. Indeed, it is a super-hard metallic conductor that can withstand extremely high pressures like a diamond. A process now developed in Bayreuth opens up the possibility of producing rhenium nitride pernitride and other technologically interesting materials in sufficiently large quantity for their properties characterisation. The new findings are presented in "Nature Communications". 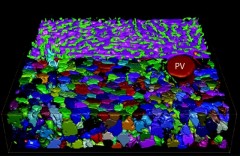 First and new realistic 3D model of the liver lobule since the year 1949: In 1949, Hans Elias pioneered the structural analysis of the mammalian liver tissue and proposed a model of the liver lobule, which is used to this day in textbooks. Almost 70 years later, researchers at the Max Planck Institute of Molecular Cell Biology and Genetics, the MPI for the Physics of Complex Systems, & the TU Dresden took advantage of novel microscopy developments, computer-aided image analysis, & 3D tissue reconstruction and created a new realistic 3D model of liver organization. Remarkably, they discovered that the liver features an organized structure, similar to liquid crystals.

Researchers from Heidelberg University and Sendai University in Japan used new biotechnological methods to study how human cells react to and further process external signals. They focussed on the interaction between so-called G-proteins – the “mediators” of signal transmission – and the receptors known as GPCRs, which trigger signal processes.

Quantum technology is about to make the leap from scientific research to concrete applications. Contributing to this is the new MiLiQuant research project in which businesses and universities are cooperating to develop new applications for quantum technology. The German Federal Ministry of Education and Research (BMBF) will be supporting the project to the tune of approximately EUR 9.4 million over the next three years to early 2022.

Lighter than Aluminum and Stronger than Steel: Innovative Materials with Carbon Fibres made from Algae 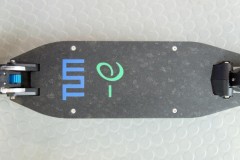 In combination with granite or other types of hard rock, carbon fibres make possible all-new construction and building materials. Theoretical calculations show: If the carbon fibres are produced from algae oil, production of the innovative materials extracts more carbon dioxide from the atmosphere than the process sets free. A research project spearheaded by the Technical University of Munich (TUM) is to further advance these technologies.

Artificial DNA can Control Release of Active Ingredients from Drugs 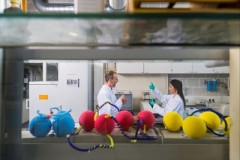 A drug with three active ingredients that are released in sequence at specific times: Thanks to the work of a team at the Technical University of Munich (TUM), what was once a pharmacologist's dream is now much closer to reality. With a combination of hydrogels and artificial DNA, nanoparticles can be released in sequence under conditions similar to those in the human body.

An international team of researchers involving members of the University of Basel’s Biozentrum challenges the conventional understanding of the cause of Parkinson’s disease. The researchers have shown that the inclusions in the brain’s neurons, characteristic of Parkinson‘s disease, are comprised of a membranous medley rather than protein fibrils. The recently published study in “Nature Neuroscience” raises new questions about the etiology of Parkinson’s disease. 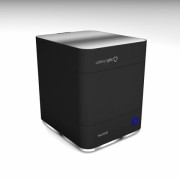 A team of researchers from Jena is presenting a groundbreaking new method for the rapid, gentle and reliable detection of tumors with laser light at the leading trade fair "Laser World of Photonics" from 24 to 27 June 2019 in Munich. For the first time, the Leibniz Institute of Photonic Technology (Leibniz IPHT) will present a compact device for rapid cancer diagnosis during surgery. The optical method will help surgeons to remove tumors more precisely and could make cancer operations possible without a scalpel.

At TU Graz a steel powder has been developed for additive manufacturing which decisively simplifies the production of complex components. In a spin-off funding programme, work is now being done on market maturity. Shorter production times, lower costs and fewer production faults. These are just some of the reasons why the metalworking industry is using additive methods more and more frequently. This is also reflected in the market for stainless steel powder used in additive manufacturing. According to estimates, this is increasing by more than 30 per cent per year.

A team of researchers from the University of Konstanz’s CRC 1214 “Anisotropic Particles as Building Blocks: Tailoring Shape, Interactions and Structures”, which has been funded by the German Research Foundation (DFG) since 2016, has demonstrated a new aqueous polymerization procedure for generating polymer nanoparticles with a single chain and uniform shape, which, as another difference to previous methods, involves high particle concentrations. A corresponding paper entitled “Uniform shape monodisperse single chain nanocrystals by living aqueous catalytic polymerization” is due for open access online publication in Nature Communications on 13.06.2019. 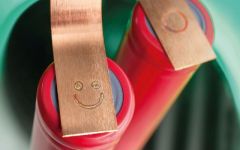 In the new infrastructure project NextGenBat, six institutes are paving the way for the research and development of future battery systems. RWTH Aachen University, Forschungszentrum Jülich and the Fraunhofer Institute for Laser Technology ILT are involved in the project, which will particularly strengthen the federal state North Rhine-Westphalia as a high-tech location for energy storage development. NextGenBat was launched on September 5, 2018 within the “Research Infrastructures“ funding initiative of North Rhine-Westphalia as part of the operational NRW-EFRE program. 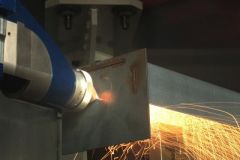 Cutting, welding and additive manufacturing with one laser in one machine – this innovation, which gives the sheet metal processing industry significant productivity and quality advantages, is the focus of MultiPROmobil, an NRW Leitmarkt Project. Four partners are developing multi-functional laser tools to master the changing production and technical challenges of new, electric vehicle designs. The Fraunhofer Institute for Laser Technology ILT is coordinating the project, which started on November 15, 2018 and will appeal in particular to small- and medium-sized companies. 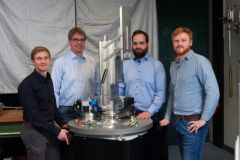 The start-up kiutra is the first company in the world to have succeeded in developing a permanent magnetic cooling system to reach temperatures close to absolute zero. Such temperatures are, for example, required for the operation of quantum computers. The system was set up by a team of researchers from the Physics Department at the Technical University of Munich (TUM).